skip to main | skip to sidebar

Michelangelo (1475-1564) was a multi-faceted genius like Leonardo da Vinci. He often painted with both hands. When one got tired, he switched to the other. British artist, Sir Edwin Henry Landseer (1802-1873) could draw with both hands simultaneously -- a horse's head with one hand and a stag's head with the other. He taught drawing and etching to Queen Victoria who was a lefty that became ambidextrous.

Fleming, Einstein and Tesla were all ambidextrous. Benjamin Franklin was also ambidextrous and signed the Declaration of Independence and the Constitution with his left hand. U.S. 20th president, James Garfield was a well educated backwoodsman born in a log cabin. Although he could write with either hand with equal ease, he could also write Greek with his left hand and Latin with his right hand simultaneously! Harry Kahne demonstrated his mental dexterity in 1922 by performing several mental operations simultaneously. While one hand was writing mirror language, the other hand intermingled upside down and backward letters.

How to Be An Ambidextrous:

Maybe being ambidextrous is pretty amazing, you can do anything with your both hands.
All people who ambidextrous since they're born are so lucky.
Because they are all can use their right and left brain on the same time.
Don't you remember?
Left Brain control right hand
Right Brain control left hand
Left Brain for Logic things
Right Brain for abstract things
so, they are genius 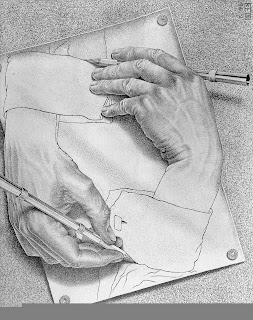 Wikipedia
and many more